Although recent data has confirmed that the UK economy is recovering from its coronavirus lockdown slump, the longer-term outlook (unsurprisingly) remains decidedly unclear.

Official data released by the Office for National Statistics (ONS) showed that the UK economy grew by 1.8% in May, following April’s record 20.3% contraction. While this modest rebound was lower than all forecasts submitted in a Reuters poll of economists, it did at least confirm a recovery is underway.

Furthermore, data covering a more recent time period points to a marked improvement in economic activity across the private sector as lockdown measures have eased. Indeed, the IHS Markit/CIPS Flash Composite Purchasing Managers’ Index, where any value above 50 represents growth, stood at 57.1 in July. This was a noticeable rise from 47.7 in June and significantly higher than April’s survey-record-low of 13.8.

Bank of England (BoE) Governor Andrew Bailey also confirmed that he believes the economy has started to recover. Commenting on UK economic prospects during a webinar organised by the BoE, the governor said: “We are seeing activity return. We are beginning to see this recovery.”

However, Mr Bailey also stressed that the strength of recovery will depend upon how cautious people are about returning to normal life and the risks posed by a potential second wave or localised COVID-19 outbreaks. He also added that it remains unclear how much long-term damage will be inflicted on the economy by companies failing.

The Governor’s comments vividly demonstrate the high degree of uncertainty surrounding any assessment of the economic outlook, which has inevitably resulted in a wide range of views emerging. The median forecast, though, in a poll of over 70 economists, conducted by Reuters between 13-21 July, suggests the UK economy will contract by around 9% this year before expanding by 6% in 2021. 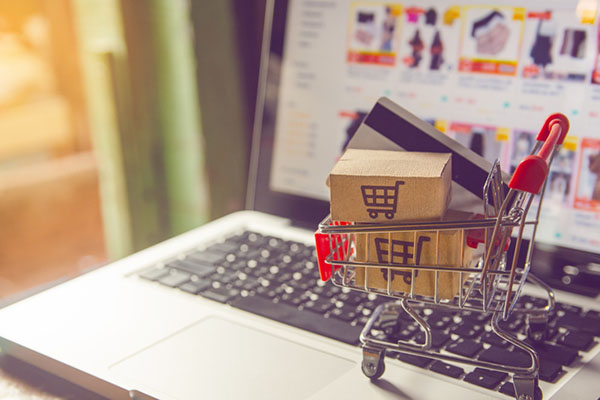 Data published by ONS showed that retail sales volumes increased by 13.9% in June compared to the previous month. This surge in sales, which followed April’s record fall and a partial recovery in May, resulted in volumes recovering to around pre-lockdown levels as the reopening of shops released significant pent-up demand.

Indeed, sales rose to within 0.6% of the figure recorded in February 2020, the last month unaffected by the coronavirus lockdown. However, while this does point to a significant recovery, the data also highlighted some notable variations across the retail landscape, with some store types performing much better than others.

Picking up on these themes, ONS deputy national statistician Jonathan Athow commented: “Clothing is down by about a third and if you look at the High Street more generally, sales in physical shops are also down by about a third. Food shops continue to do quite well, as we’re eating at home more. But the real growth has been in online sales. Online sales continue to go from strength to strength.”

The latest Distributive Trades Survey published by the Confederation of British Industry (CBI) also reported further signs of optimism, with the monthly retail sales balance rising to +4 from -37 in June. This was the survey’s highest reported balance in over a year and suggests the overall recovery in sales continued in July.

Perhaps unsurprisingly, the CBI survey also painted a mixed picture across the retail scene, with the improvement primarily driven by strong grocery and hardware/DIY sales. Most other retail sectors continued to report declines, although these were generally less severe than in recent months.

Many major global stock markets closed the month back in the red. Figures for the eurozone show the deepest contraction on record for the April to June period, with Spain’s economy shrinking by 18.5% in the second quarter. France’s economy has also been badly hit, seeing a Q2 fall in GDP of 13.8%. The US economy saw its worst quarterly plunge ever in Q2, shrinking at an annual rate of 32.9% as many businesses were shut down and unemployment surged to 14.9%.

Official statistics have revealed that the UK’s headline rate of inflation rose slightly in June, although economists still expect an easing of price pressures over the next few months.

Data from ONS showed that the Consumer Prices Index (CPI) 12-month rate – which compares prices in the current month with the same month a year earlier – rose to 0.6% in June. This was the first time this year that the inflation rate has increased, although it was only a relatively small rise from May’s four-year low of 0.5%.

ONS said the increase was partly fuelled by rising prices for computer games and consoles, as the coronavirus lockdown pushed up demand while limiting supply of these items. In addition, clothing prices unsurprisingly did not follow normal seasonal patterns this year, with traditional price reductions at the onset of summer sales failing to materialise.

Despite June’s increase, the latest CPI figure does still remain at a historic low and significantly under the BoE’s 2% target. Furthermore, economists expect there to be further downward pressure in the near-term, with a possibility that the rate of inflation may fall to zero by August.

This anticipated decline partly reflects the impact of the hospitality and tourism sector’s emergency VAT cut, which took effect in mid-July. Additionally, the Chancellor’s ‘Eat Out to Help Out’ Scheme, which offers meal discounts throughout August, will push inflation down.

While the short-term inflation outlook therefore appears benign, the UK retail industry has warned about the potential impact a no-deal Brexit could have on prices. In a report published in early July, the British Retail Consortium said the imposition of tariffs under a no-deal scenario would result in substantial price hikes across a variety of household staples, ranging from foodstuffs such as meat and cheese, to goods like school uniforms and drinking glasses.

Although the latest set of employment data reported a slowdown in the number of UK job losses, economists have warned that this may simply be the calm before the storm.

According to the official labour market statistics released by ONS the total number of employees on company payrolls fell by 649,000 between March and June. However, June’s reported fall of 74,000 was significantly below April’s 450,000 decline and was also lower than the comparable figure reported in May.

A similar picture also emerged in terms of job vacancies: while the total number of vacancies in the April–June period collapsed to the lowest level since records began in 2001, a monthly breakdown highlighted a slight increase in June alone. Separate ONS analysis of online job adverts also implies the worst impact of the pandemic on labour demand may have occurred in May, with some sectors actually increasing hiring in June.

While this data suggests the hit to the labour market may have eased slightly since the onset of the pandemic, economists have stressed that this is likely to be the calm before the storm. Indeed, there is still a widespread expectation that unemployment will jump significantly during the coming months.

The main reason unemployment has not increased more dramatically so far is due to the large numbers of employees on the government-backed furlough scheme. However, it will only be as the Job Retention Scheme unwinds over the next couple of months that the full impact of the recession will be revealed. There are fears of an impending surge in unemployment, with a British Chambers of Commerce survey suggesting that 29% of businesses expect to decrease the size of their workforce in the next three months.

It is important to take professional advice before making any decision relating to your personal finances. Information within this document is based on our current understanding and can be subject to change without notice and the accuracy and completeness of the information cannot be guaranteed. It does not provide individual tailored investment advice and is for guidance only. Some rules may vary in different parts of the UK. We cannot assume legal liability for any errors or omissions it might contain. Levels and bases of, and reliefs from, taxation are those currently applying or proposed and are subject to change; their value depends on the individual circumstances of the investor. No part of this document may be reproduced in any manner without prior permission.